Stages I – III are curable, with metastatic gastric cancer usually being incurable. Cancers located only in the mucosa or submucosa (“early” gastric cancer) may be treated endoscopically or with minimally invasive surgery.

Billroth II refers to the procedure where a larger resection of the stomach is performed, and an anastomosis is formed between the side of the duodenum and the side of the remaining stomach in a side-to-side fashion. This procedure allows for a larger resection of the stomach than Billroth I. However, Billroth II allows bile to reflux into the stomach, which causes metaplasia and cancer progression in the remaining stomach or oesophagus. As such, Billroth II is rarely performed anymore, and never in the surgical unit of POTE.

The Roux-en-Y reconstruction surgery is the most frequently performed reconstructive surgery of the proximal GI tract, as it prevents bile reflux. The stomach is separated from the bile-containing duodenum by a strand of jejunum 50 cm long. It is difficult to explain how this works, so I’ll allow this image to do the explaining: 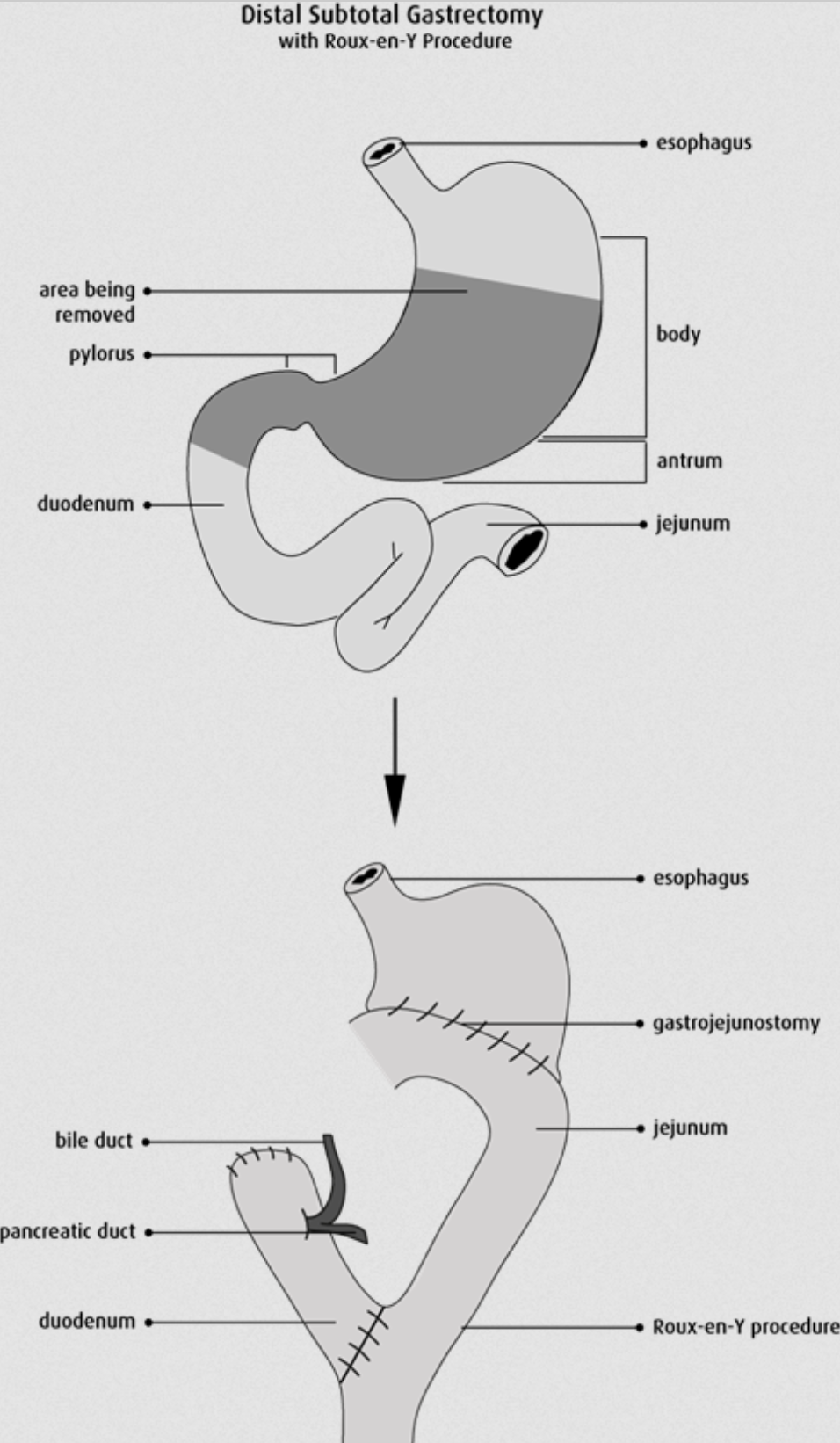 Surgery may be used palliatively as well, in cases where the tumour obstructs passage of foodstuffs, for example. A stent may be placed, the stomach may be resected, or bypass surgery may be employed.

Chemotherapy may be used neoadjuvant for downstaging (to allow for surgery with curative intent), as adjuvant therapy, and as palliative therapy.

Next page:
B19. Types of ileus and their symptomatology.